A Tale of Two Caterpillars

“Once there was a brother caterpillar and a sister caterpillar. The sister spent all her time looking to the sky. She would watch the birds and all the other winged creatures with longing. She said to her brother ‘One day I’ll fly just like them. I really feel that I will.’
Her brother was scornful.
‘Don’t be so stupid,’ he said. ‘What would you even want to fly for. It’s lovely to be able to wiggle along the earth and to find a fat juicy leaf. I watch those silly birds and they’re always just darting about looking useless.’
She listened to him, but didn’t agree.
‘It’s not that I don’t like being a caterpillar and that I don’t enjoy every leaf and patch of earth that we explore, but I just can’t shake off the feeling that there’s something more. Haven’t you ever wondered why there are no old caterpillars? Where does everyone go?’
Her brother looked angry.
‘You are so STUPID,’ he shouted. ‘Why do you think those birds are so fat? That’s where we all end up – in their stomachs. We’re bird food! We just have a pointless reason here. It’s as simple as that. There’s nothing ahead except some sharp beak, then darkness. Just accept that and stop going on at me. And stop admiring the very creatures you should hate!’
Her brother was disgusted and wriggled away.
She curled on her little leaf singing happily to herself.
‘Maybe my brother is right, but it’s still lovely to look at all the other creatures,’ she said to herself.
Just then a dragonfly whirred past. He saw her on the leaf and landed to say ‘hello’.
She told him about her argument with her brother. The dragonfly clicked and hummed with laughter.
‘But of course you’ll fly. One day you’ll be a butterfly!’
She was thrilled and excitedly went to tell her brother.
‘And you believed him!’ he scoffed. ‘No one believes that mad fool. Even the very word, “butterfly”, I’ve never heard anything so ridiculous.’
Time passed and the urge came for the caterpillars to start spinning their chrysalises. She was full of hope, sure that this was going to take her towards her dream. Her brother was melancholy.
‘This is just packing you know,’ he said sadly. ‘It’s a cruel trick. They’ve engineered it that we do this to fill their stomachs even more. We’re too thin as we are.’
She tried to argue with him but he wouldn’t listen.
They hung, suspended in their chrysalises, for what seemed like an eternity. Then one day her chrysalis began to move. She felt it slip away. She couldn’t figure out where she was, everything looked red. She shook herself and a trickle of red fluid gathered at her little feet. As she looked down she noticed the most beautiful sight. She had wings of lilac and gold with little green spots for decoration. She flapped her wings and began to fly. It was the most amazing feeling. She landed on a flower and sipped delicately at the nectar. It was exquisite, beyond any taste she could have ever imagined. As she looked down on the earth below she felt extraordinarily privileged.
‘This is even better than being a bird,’ she sang out loud, ‘because they have only ever been birds. But I know how cosy and warm it is to snuggle in the warm earth and to chew the deep green leaves and now I know the joy of flight and the magical taste of nectar. I have been given two lives, two experiences in this one lifetime.’
She heard a grumbling coming from a rich yellow flower. Perched on the flower was a beautiful orange butterfly. It was her brother! She flew excitedly to him.
‘It wasn’t a trick, it was real,’ she cried, fluttering her wings to him in greeting.
He looked bitter.
‘Don’t be so naive!’ he snapped. ‘Look at the colour of us both. You bright gold and me bright orange. They’ll see us for miles. We won’t last a second I tell you!’
‘Oh brother! Why can’t you see how amazing this is? You’re beautiful. And we can fly!’
He grimaced.
‘What sort of awful stuff is this?’ he moaned, indicating to the nectar. ‘My teeth are gone. I can’t get a bite of leaf no matter how I try. And I hate flying. It makes my head spin. I tried to curl nicely on a leaf but these blasted wings keep slipping so I fall down.’
She shook her little head and spiralled upwards, realising that there was nothing that she could do to change his mind. He
was as determined to dislike their new life as she was to embrace it.
‘Perhaps in time he will like it more,’ she thought, as she caught a current of air and swooped and fluttered along it into the blue, blue sky.”
DWL 126-129
Posted by J.M. Hurley at 4:12 PM No comments:

What is the point of Being Alive?

‘See this hand,’ he continued, holding one hand up, ‘imagine it’s your physical self with all its hopes and dreams. It has a finite route. It is made of the elements and it will return to the elements. Now see this hand,’ he said, holding the other up, ‘imagine this is the place inside that you have just experienced. This has been, is, and always will be.’
He joined his hands, interweaving the fingers. He smiled.
‘This is life. This is the merger of the finite and the infinite.
Through the amazing feeling machine that is your finite self, your infinite nature can play in the symphony of life. With every breath the finite and the infinite meet. Their point of union is contained in that breath. It’s as close as the two realms
can ever get to one another. The point of being alive, of understanding the nature of this breath is to feel and to experience this gift of life.’
DWL p 37
Posted by J.M. Hurley at 4:10 PM No comments:

Do you know what it means to be alive?

Have you ever asked yourself if there's more to life than this?
Have you thought - 'But I'm busy...I have a career, a family, a social life and all that inner peace stuff looks so time consuming. And surely it means trekking to off-beat locations?'
Well it doesn't! Inner peace is a lot more simple than you think.

It's hard to describe though and harder still to explain. However, having read hundreds of 'spiritual books' I never felt that I found one that really showed what it felt like to experience the inner journey. So that's what I tried to do in 'Dance with Life'.

'Dance with Life' is a short novel and though all it describes is true, to make it more understandable for the reader, it's written in a fictionalised format. In this book - and I'll quote from the blurb here - "the main character Mira explores the realm of the heart under the practiced eye of a life-changing teacher. Her journey is within, she doesn't even have to leave her front room! Travel with her and you might find that you'll never look at life in quite the same way again."
Posted by J.M. Hurley at 8:15 AM No comments: 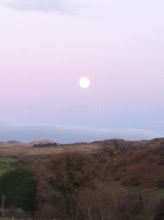 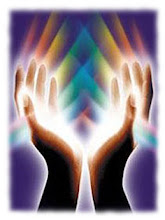